Is the Channel Ready of IoT? 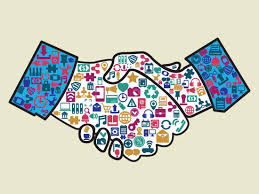 Is IoT Ready for the Channel?

We’ve been hearing IoT is coming; IoT is coming for some time.  The fact of the matter is IoT is here.  GE announced that they saw $6B inrevenue in industrial IoT this past year, 2015. Others Amazon, Google, IBM, even the US government have also announced huge investments into the technologies of IoT.  Over the past few years, we seen many strategic alliance announcements related to forming and delivering IoT solutions. One of the most recent involves Cisco and Philips who will be developing a smart, connected lighting system for office spaces to save energy, reduce costs, improve productivity and optimize the workspace environment.

Strategic alliances typically play the role of commercializing innovation that takes considerable and diverse expertise to sell and implement.  But where does the channel play? The traditional VAR channels are under immense pressure in adapting to the convergence of technologies creating IoT. Many have not made the business model transition for recurring revenues for cloud and now greater investments and retooling are needed to take part in the IoT/IoE transformation. Is the channel ready? What will they need to get ready? On the flip side when is IoT mature enough for the channel?

If you are a fan of the Geoffrey Moore Chasm model, you would recognize that the strategic alliances are addressing the challenge of chasm crossing.  They are ironing out the risks in the technology, maturing the solutions so that they are repeatable and predictable in the business outcomes that they deliver.

Once the chasm has been crossed, that is typically the inflection point where the technology is ready for the channel.  Here the relevant business challenge is not in mastering the untamed technology, but in mastering volume delivery. This has been historically where the channel comes in.

Cyber security.  Every new device is a potential entry point for a hacker.  Once connected to the internet, can hackers get to your office network through your lighting or HVAC system? There are no security standards which apply to sensors and devices which may be connected to the network. Most vendors are applying their own security protocols which may or may not be sufficient.

Standards.  There are few standards in place. Beyond security standards, every device manufacturer has different interfaces, different ways of collecting data and analyzing it. Mainstream buyers tend to wait before they take the plunge, fearing that they will implement technology that eventually gets sidelined when standards do emerge.

Complexity. Lack of standards creates complexity which is an impediment to volume delivery. There is also a flood of new technology startups, bringing IoT innovation to market. The range of technologies a channel partner has to be skilled up on may be beyond the capacity of a small operation.  VARs often rely upon very a very narrow set of proven technologies to be effective.

Data Rights. Notwithstanding the enormous amounts of data that are generated in an IoT application which is a challenge in itself, who actually owns it?  Take the example of a smart appliance, a refrigerator, does the manufacturer own the data that is collected from your refrigerator?  Or do you? What about the app provider that lets you manage those appliances remotely? Does the consumer have to opt in for the manufacturer to collect information that may indicate repair or warranty issues? Or do they have to opt out to maintain their privacy.

These are the challenges that the large technology companies will need to sort out and drive standards around before IoT is mainstream ready and ready for the channel.

There is a continuum, however, the early adopter VARs will have strong technical skills and vertical industry expertise required for the early chasm crossers. Some technology vendors are already preparing the channel for this estimated $14 trillion market, by offering training and incentives for partners to gain the expertise and specializations to deliver IoT solutions.

It is probably safe to say, it is still early days. IoT is still crossing the chasm and most of the channel is not ready. But we’ve seen this technology adoption cycle before. Analysts predict a very steep ramp on IoT adoption; there may be as many as 50 billion devices on the network by 2020. VARs wishing to cash in on this opportunity should not be sitting on the sidelines waiting. VARs should be active in assessing where they want to play, what skills they will need and what investments they will have to make to be successful in a world of IoT.