The Power of Ecosystems or Can you go it alone? 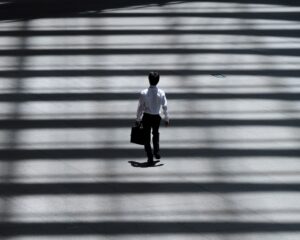 Since we are talking ecosystems, I think there is a very Darwinian answer. Those businesses that adopt an ecosystem model will be more successful in serving customers and more resilient during uncertain times. They will survive and respond better to emerging opportunities than companies that still believe they can go it alone.  However, to be successful within an ecosystem, you need to have a culture and a leadership mindset that seeks value-creating outcomes, that is agile and quick to respond to change and that aligns with a guiding NorthStar to serve your customers.

In 2007 Nokia was the undisputed leader in mobile phone handsets, with strong revenue, profits, and an enviable 49% market share according to analysts.  By 2013, Nokia had just a 3% market share and exited the market selling the remnants of the handset business to Microsoft. It was a startling fall from grace in just six years.

Nokia has perhaps been the most dissected business failure of the past decade. Numerous case studies and articles chronicle the causes of demise and each author seems to take a different lens on the failures: lack of innovation, poor management, hubris, the charisma of Steve Jobs, inflexible and toxic culture. All of these had contributory roles, a perfect storm of factors. By 2010, Nokia was rapidly declining and brought in Steve Elop to turn it around. Elop issued the famous ‘burning platform’ memo. The memo was leaked and reported widely in the press. In it, Elop declared an ecosystem war which is the lens through which I perceive their last rally to win back their place in the market.

“We poured gasoline on our own burning platform. I believe we have lacked accountability and leadership to align and direct the company through these disruptive times. We had a series of misses. We haven’t been delivering innovation fast enough. We’re not collaborating internally. Nokia, our platform is burning.”

“The battle of devices has now become a war of ecosystems, where ecosystems include not only the hardware and software of the device, but developers, applications, ecommerce, advertising, search, social applications, location-based services, unified communications and many other things. Our competitors aren’t taking our market share with devices; they are taking our market share with an entire ecosystem. This means we’re going to have to decide how we either build, catalyze or join an ecosystem.”

Shortly after the leak, Nokia announced a strategic partnership with Microsoft. Despite all the ‘explosions’ on their platform, as Elop characterized their current state, he had, I believe, charted the right course forward leveraging the world’s largest existing ecosystem.

This should have been a golden egg for Nokia. Microsoft had an enormous ecosystem of apps, developers and users eager to have a seamless experience between phone, pc, and tablets.

However, that was not to be. How did partnering with the world’s largest ecosystem fail?

Anoop Nathwani is a master educator in strategic alliances and past president of the UK chapter of the Association of Strategic Alliance Professionals. He is also a longtime colleague and friend. Anoop worked in the Corporate Strategic Alliances Team at Nokia from 2005 to 2012 with a ring-side seat to these events. He recounts four reasons as to why this strategy failed.

The first big challenge in engaging with the Microsoft ecosystems was that Nokia was starting from way behind with little momentum. The 50% market share they had enjoyed in mobile OS in 2007 had eroded to less than 3%.

Nokia had developed the Lumia mobile devices with Microsoft which by many analyst reviews were far superior to both Apple and Android. There were a number of apps pre-installed on the devices, but when you got to the app store, there was very little there. Lots and lots of gaps. When people went to Apple or Android, they found a rich and exciting array of apps created by the developer ecosystem.  The intention was for Microsoft and Nokia to build a third ecosystem and to regain relevance in the mobile space by enabling developers to easily create applications that would run across PCs, tablets, and handsets. Why didn’t the momentum materialize?

2.    The Nokia brand was diminished

Something can be said for the brand reputation for cool. Apple and Google were exciting companies, and it was certainly impossible to match the charisma of Steve Jobs. His aura still benefits Apple to this day. If ever there was a ‘rock star’ in technology, it was Jobs. No other company had the momentum or excitement generated by the Jobs ‘cool’ factor in attracting customers and developers. Nokia had lost consumer appeal despite the technological superiority of Lumia devices. Fundamentally Nokia was still selling handsets while their competitors were selling an experience. The Nokia brand was no longer seen as “cool” and with limited apps available, the buyers would look towards Apple or Android devices. That lack of customer uptake fueled a vicious circle driving the developers to focus on Apple and Android.

Developers always migrate toward the volume platforms first because that is where the potential for profit is highest. In this case: Apple and Android.  How do platforms attract customers? It’s value. Do you have the products, applications or experience that customers crave. In software, platforms still seek the ‘killer’ application -what spreadsheets did for PCs. In today’s world, it’s often the experience that attracts customers. Apple certainly understand this is. When the iPhone was first released, it wasn’t a technology wonder; it was a cool experience. Nokia and Microsoft were never able to get momentum or create excitement around their platform and therefore never captured the developers.

These obstacles might have been surmountable challenges given enough time and persistence. But the cultural challenges with two very large and arrogant (yes, he said it) companies were not. Arrogance prevented these companies from aligning on key objectives and making compromises when necessary. An example was the music app. Microsoft had Zune. Nokia had ‘another’. Each company was insistent that theirs had to be the one on the device.

What this story illustrates is not only the need for strategic partners and a strategic ecosystem, but the capacity and culture to execute an ecosystem strategy.  If the stronger players within the ecosystem have systemic issues around building a collaborative culture, the resultant ecosystem will not thrive and your business will falter.  In short, it takes an ecosystem to succeed.